Rules of Costa Rica, Number Six:
Try to learn at least some of the language.

It’s a Costa Rican version of Spanish, but close enough to American Junior High Spanish that your schooling will help. (If my teacher were here (Miss Raab) I’d kiss her on the lips for what she taught me. I don’t care if she is 106—she used to be hot!)

Our biggest challenge is communicating. Trying to open a simple conversation typically results in non-sequiturs. “Hola,” I might say to an acquaintance, say, at the bakery. “Como esta?” (Hi, how are you?)

They may as well have asked for my address. (I’m never prepared when someone asks me our address, since they don’t have addresses like I’m used to, they’re descriptions—in Spanish, of course. My answer is usually Uh-h-h…) “Uh-h-h. What? Quien es Esther?” (Who’s Esther?)

For awhile I was saying: “Lo siento, mi Espanol es estrictamente siete grado,” which I thought meant “Sorry, my Spanish is strictly seventh grade” until I realized they understood it as: “Sorry, I had a strict seventh grade.”

“Tiene a bonita dios!” I’d offer, which I thought meant “Have a nice day” but literally means “You have a beautiful god.” This makes some Ticos wonder about you. The pleasantries fizzling rapidly, confusion is followed by walking away. The Corollary would be to not speak the language if you don’t know exactly what you’re saying. You may think you’re saying hello to a room full of people when you’re actually calling them all toads.

I think I’ve got Bob Crosby (former Director of the Alaska Inventors & Entrepreneurs Association) figured out, since we’re both baby-boomers. I studied him keenly and came to the conclusion, “You’re a hippie, but one of those smart, engineering-type ones, right?” He stroked his beard as if he didn’t know whether to admit that shady past, or the fact that he was a Hippie at one time. He’s the perfect storm of personality, if you ask me (a nobody)—smart, open-minded, clean-living and dedicated in a positive way to not only Mother Earth, but all of humanity.

This is what happens when an ambitious Hippie tasks himself to construct the ideal living space for the human race. However, to pigeon-hole his concept of a “bio-shelter” as a “life-style” stereotypical with that of a Hippie would be like equating Humanitarianism to the Hare Krishna folk. Simply put, his bio-shelter concept demonstrates the ability to play nice with the environment.

Bob likes to share, teach and support. He and his wife like to live healthily, thoughtfully, playfully, and abundantly. They don’t like work for work’s sake—preferring instead to let a duck get rid of the snails in the garden (which gets you an egg or two in the process). If the Perma-science they adhere to could teach a duck to make coffee and toast, I’d happily brush the pellets off my bed every morning.

The idea is rooted in the fact that Nature has this pretty good gig set up whereby She is considered as “Self-sustained.”

“Let’s say She is the benchmark for such a term,” Bob the engineer tells me. Along comes critical-thinking, hungry, basically lazy and motivated enough to be creative about it, Man. (And when I say “lazy” I mean in the highest possible sense. Lazy enough to invent the wheel, for instance, followed by the hammock, gin, and tonic.) Man quickly realized (somewhere between 15,000 and 8 million years ago) that Nature can be “tricked” into working for him simply by mimicking Her techniques and principles—which allowed Man to get back to designing more drinks.

That’s the intellectual basis of Permaculture. It’s about sustaining a quality life for Man without sacrificing the planet. It’s about having more time to re-visit the nap, read a book, paint a picture, or dance with your friends and family.

I liked the idea. “Kick back and let Nature do the work. Good thinking, Bob.”

I suggested to Babe that maybe we shouldn’t refer to Bob as a “smart Hippie” anymore, but something more lofty like a “Sustainite”—a moniker I made up—but it didn’t pass the Babe Test. “Sounds like a religion,” she argued.

“Maybe,” I countered. “But it’s not my fault Sustainite sounds like Mennonite. It also sounds like kryptonite, pair-of-tights, and Bud Lite.”

I’ll work on it. In the meantime, Lazy Man invents the greenhouse and employs vertical growing methods to maximize both the quality and quantity of his yield, and so he doesn’t have to walk as far. He dreams up Hydroponics for the same reason. Then he combines Hydroponics and Aquaculture so the fish keep the plants happy and vice versa—leaving even more time for Man to do whatever he’s supposed to do on Earth other than Work.

All the world’s problems can be solved in a garden.—Geoff Lawton (really smart lazy person).

Lazy Man, I mean Bob, watches, listens to, and contemplates his dwelling.

“So what’s your bio-shelter concept?” I asked him.

He answered right away, “A bioshelter is an integrated house-greenhouse-aquaculture system designed to emulate natural living systems in which the subsystems interact with each other to collectively create a self-regulating whole.”

His eyes were bright. “The goal is to simulate the thermodynamic efficiencies of a complex ecological food chain.”

“Sure!” Bob was alive with the idea of his living habitat. “We capture water through run-off and streams, make ponds for fish, and plant a garden in which one plant or tree protects another by virtue of its chemical or physical properties. The house utilizes similar concepts—where one action’s byproducts fuel another’s energy.”

I understood the concept. “Man invents another wheel, in other words—one in which he can live.”

“Yeah, you could say that,” Bob agreed, and sipped his beer.

“I don’t need an oil can or anything?”

For all the geeky specs, go here: www.biorealis.com/bioshelter/

gophers are red,
cats are blue,
when you hit ‘em in the head,
and smear ‘em with glue.

boxers are bred,
st. bernards too,
to knock you down,
and run over you.

peacocks are led
to whatever they do
and parrots, it’s said,
don’t care who they chew

Listen to the original by Nat King Cole: Unforgettable

Unforgivable, that’s what you are
Unforgivable and quite bizarre
Take a piece of shit that clings to me
I would fling it like a ball at thee
Never before has someone been more

Unforgivable, in every way
A sociopath, is how you’ll stay
That’s why, dickhead, it’s untenable
That someone so unbearable
Thinks just like a common criminal too

Unforgivable on every day
Don’t come near the bar, please stay away
When you’re speaking, it’s unbearable
And I’m sure you’re unrepairable
We all know it, I’m afraid it’s all true.

I googled my soul and no matches found,
Then went to Yahoo and heard not a sound.
Scanning Lycos, with nary a thread,
I think that means I’m actually dead. 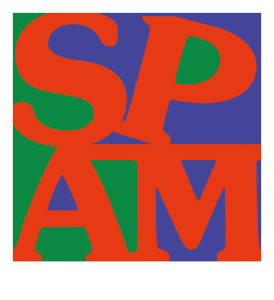 Now that I’ve got a Blog, I’ve got SPAM! in the Comments. And when I say SPAM! I’m talking thirty to forty “Comments” daily, almost hourly, copied (nearly) verbatim below:

Obviously this Blog is in English. So I ask  you, dear Reader, what the fuck does this mean and why the hell would someone send this shit to me? Oh sure, I read Chinese or whatever the fuck that is, doesn’t everyone?

I mean, seriously? Someone expects me to Approve this “Comment?”

(I’ve since added a plug-in for SPAM. Bastards.)

It suddenly occurred to me (like a hot fist at the end of a wet kiss) that some people may no longer wish to ever receive a communication from me again—not in this life and, hopefully, if there has to be one (which I hope there isn’t), the next. Thank you, Garo, for bringing this to my attention. You are correct, of course, and exercising your right to protect yourself from further subjection to my random acts of transparency and the crusades, campaigns, disappointments, complaints and personal commentary that sometimes accompany them (which may be deemed irritating to some).

To make it easy, all you have to do is choose from the following two statements and copy and paste the reply which best suits your feelings about my attention-span pressing e-missives (note: no foul language). If you choose A, you keep getting my blog-like slant, bird’s eye view, terse yet grammatically close-enough vocabulary, imagined incisiveness, and the crux of my near-proverbial biscuit (with reasonably correct punctuation). If you choose B, you’re telling me to suck eggs (if I can find any) and never to put a hurt on your nose with my literary Stinkfoot again.

Please only choose either A or B, rather than neither:

(B) Goat testicles (I’ll know what you mean.)

If you use the Ignore button (not worth looking for) your mailing list status shall remain unchanged.*

*Does not apply to people whose email address I don’t have. All replies will be confidential until you Reply All. All other Disclaimers, whether real or imagined, are in effect. No animals were hurt during the production of this, these, or any future exercise of free speech undertaken by Sender. All coincidences are coincidental, meant to be incidental, but not necessarily limited to, or by, what may be considered confidential, circumstantial, celestial or anything having to do with circumcision.

Sorry for any inconvenience,